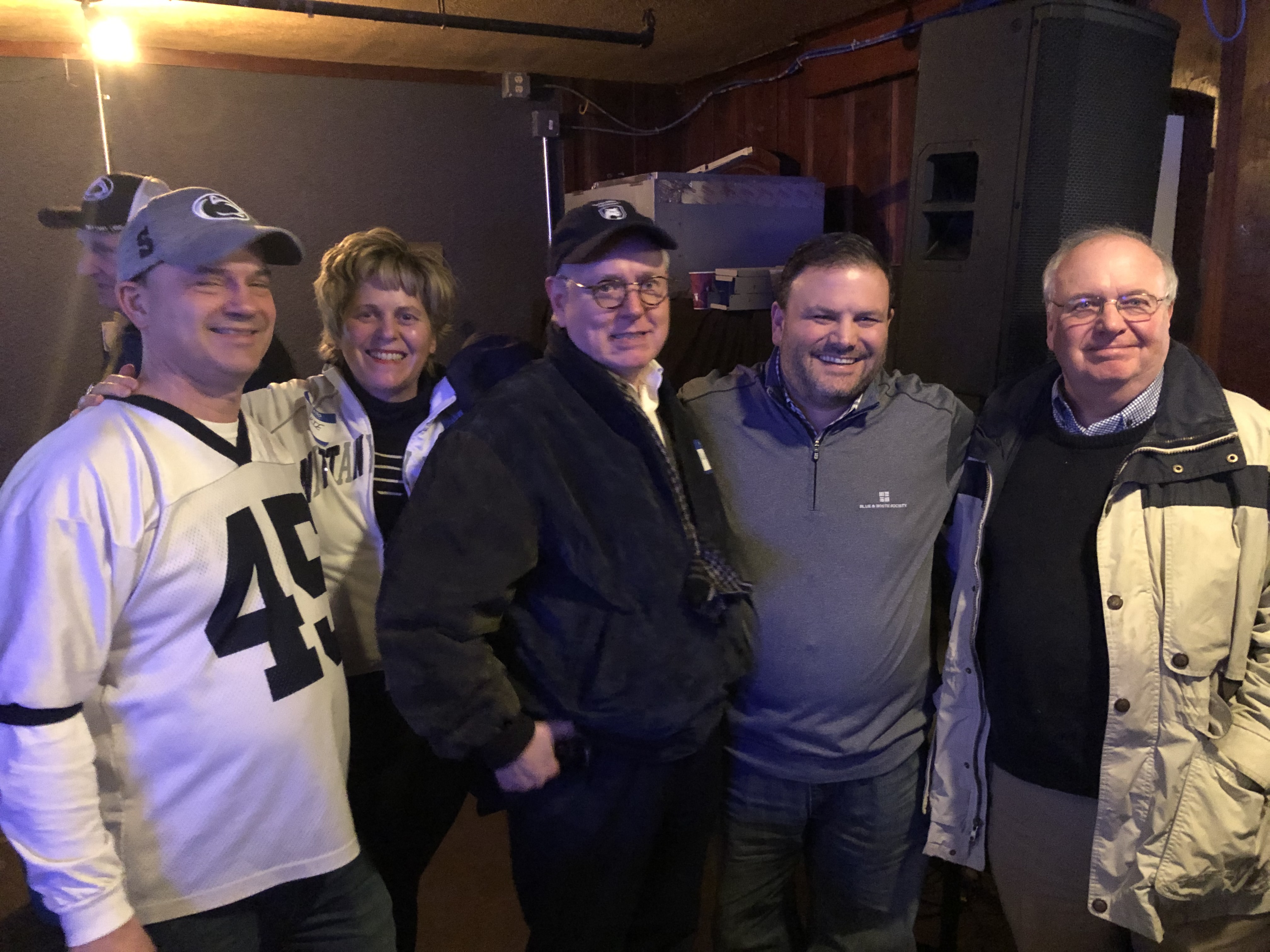 Thank you to everyone who joined us for the Doubleheader Bus Trip which supported the Chapter's Scholarship Fund.  Those in attendance witnessed a victory by the 13th ranked men's basketball team over Northwestern as well as an exciting evening win for the 2nd ranked wrestling team over Ohio State in a sold out Bryce Jordan Center.  In between, we attended a social event in downtown State College where we met our peers from the Centre County Chapter as well as a special appearance by Paul Clifford, the CEO of the Penn State Alumni Association.    The 55 attendees also had another quick celebrity sighting as head football coach James Franklin moved past our section during the basketball game.  The day provided all attendees with an affordable opportunity to get to/from State College, attend the two sporting events, socialize with other Penn State fans and alumni and also the chance to eat, eat and eat again.